For those arriving from Salerno or the A3 motorway, the gate to paradise is Vietri sul Mare, undisputed Capital of ceramic art.

The seafront is dominated by the 16thcentury cupola of the church of San Giovanni Battista.

The iridescent effect of the tiles catches the eye from sea or land.

But the real highlight of the city is the Palazzo della Ceramica Solimene, designed by the architect Paolo Soleri, and based on the Guggenheim Museum in New York.

You can wander for hours reading and observing the history of everyday life of the Vietresi -the people of Vietri- depicted in ceramics.

However, since the times of the old city of Marcina, Vietri has always been primarily a seafaring town.

Today the ancient Etruscan city of the sea boasts a long stretch of well-equipped beaches.

From the Due Fratelli, the twin rocks which are symbol of Vietri, to the beaches of Crestarella, to Bagnara, Marina d’Albori, Acqua del Fico and Fuenti. 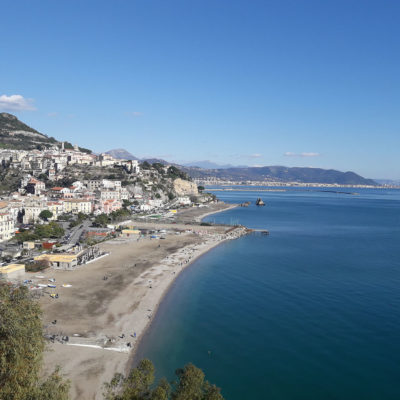 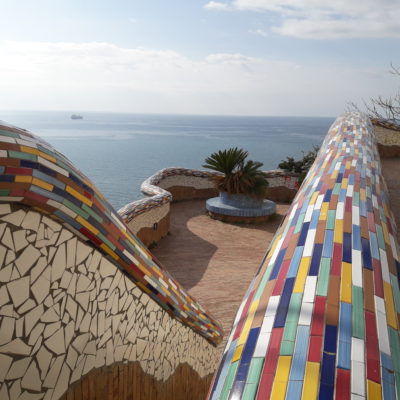 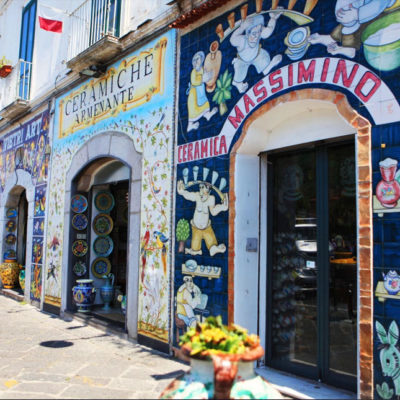 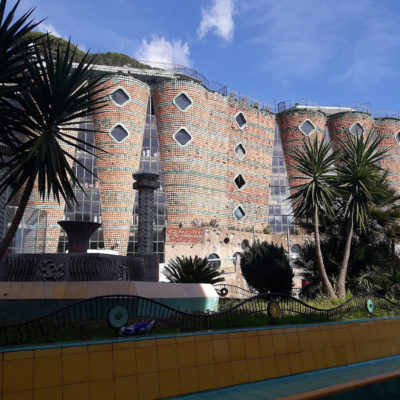 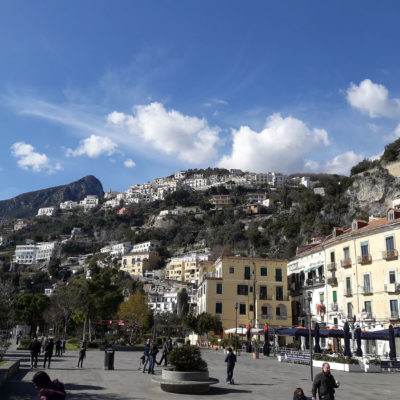 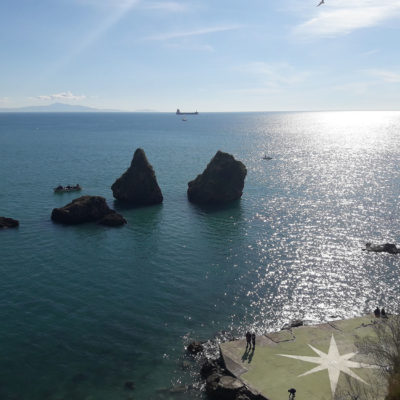 Utilizziamo i cookie per essere sicuri che tu possa avere la migliore esperienza sul nostro sito.
We use cookies to make sure that you have the best experience on our site.Ok